U.S. consumer prices increased for the fifth consecutive month in June, led higher by a rebounding price of gasoline, although there was nothing in the latest release which should pose any immediate alarm for markets or consumers at large. The latest report from the BLS reported an overall increase in headline inflation of 0.3% month on month – an increase that was inline with nearly all economists polled prior to the announcement. Looking at the headline number on an annualized basis, inflation rose 0.1 percent In the 12 months through June, following an unchanged reading for the month of May.

Gasoline prices rose 3.4% month on month, following a 10.4 percent surge in May. Given the recent volatility in crude oil prices and inventory data in July, there could be scope for the influence of rising gas prices to subside in coming months. Oil is currently trading within the $50-60 / bbl range, well below the levels seen in May and June. 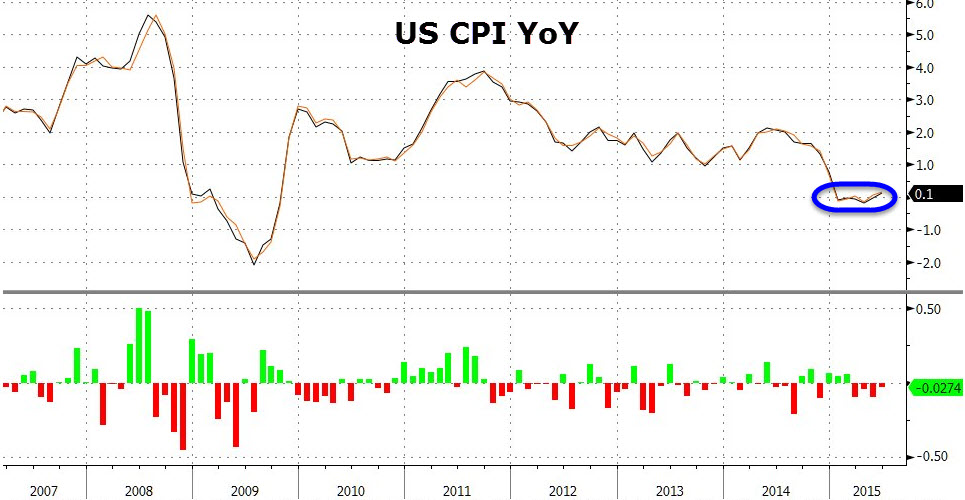 Core CPI, which excludes food and energy related costs, increased 0.2 percent month on month following a rise of 0.1% previously. On an annualized basis, core CPI has now risen 1.8 percent.The June reading continues to highlight just how tame the inflationary environment is within the US economy at present. The strong dollar is helping to keep a lid on inflation by reducing the price of imports and wholesale costs. The strong US dollar has been been spurred partly by a flight to safety due to concerns in Europe and China, and partly by the market’s anticipation of a Fed rate hike later this year. We should expect to start hearing comments regarding the damaging effects of the stronger dollar by Fed officials in the weeks and months ahead should this trend continue.

The price of food increased 0.3% in June, largely to an ongoing shortage in wholesale eggs which has caused a sharp jump in retail egg prices across the nation. Egg prices jumped 18.3% in June, the largest monthly gain since August 1973. Elsewhere, the index for meats, poultry, fish, and eggs rose 1.4 percent in June, with the beef index rising 0.9 percent. Food prices are likely to remain elevated in the coming months as the aftermath of the bird flu epidemic works its way through the supply chain. Wholesale food costs have been consistently increasing in PPI surveys, and these costs are likely to make their way down to the consumer in the weeks and months ahead.

Medical related inflation cooled in June which will be a welcome deviation from the overall trend in 2015. The price for Medical Care Services fell -0.2% in June and the prices for Medical Care Commodities remained unchanged month on month. Health care costs have been one of the largest contributors to inflation over the past 12 months, with both indices rising 2.3 percent and 3.3 percent respectively.

The shelter index climbed 0.3% in June, and 3% on an annualized basis as the supply of housing continues to shrink in key regions. Rent increases are also amongst the largest contributors to overall inflation in the United States within the past 12 months.

This month’s CPI data contains no surprises, and the relatively tame reading in the core number on the back of the strong US dollar will likely stick in the minds of Fed officials in the weeks ahead. Globally, sentiment continues to wane dramatically given the continued turmoil in Greece, and increasingly China. While Greece appears to be on the verge of some sort of political settlement, the headline risk remains. In China’s case, there is a very real danger of investor sentiment turning, which could spell disaster for emerging markets overall. Latin American and South East Asian markets look at particular risk, especially on the currency front. The fate of these regions would be sealed in no uncertain terms should the Fed raise rates, and it is for this reason that it appears increasingly unlikely that the Fed will raise by year end, despite all of their rhetoric and expressed intention to do so.

Different ways of measuring inflation in the U.S.

Inflation is one of the most important economic indicators available to consumers and investors as it gives a strong signal how the economy is currently performing, and perhaps more importantly, a strong hint at which way monetary policy is likely to swing in the coming months. The Federal Reserve analyzes inflation trends in detail, and any sign that inflation is getting either too high, or too low will often be met with a swift policy response; usually an increase or decrease in interest rates. Changes in interest rates affect every aspect of the economy including mortgages, student loans, business loans, savings accounts, and government debt.

In light of this, it is crucial that you gain a strong handle on the numerous ways that inflation is measured in order to give yourself an insight into the potential direction of monetary policy at the Federal Reserve, and how such policies are likely to impact you as an individual. Althought we use the CPI for the sake of our calculator, we understand that there are various other ways to calculate inflation and each way has its pros and cons…

The Bureau of Labor Statistics has the unenviable task of producing inflation statistics within the United States. They do this by collating a vast series of data from the economy in order to produce two key inflation indicators – namely the Consumer Price Index and the Producer Price Index.

The Consumer Price Index (CPI), is a measure of price changes in a vast array of consumer goods and services. The CPI measures price change in the most popular products and services purchased by American consumers (basket of goods and services). The CPI is often used a reference point for wage adjustment purposes. The CPI is crucial to monitor as it highlights how much the purchasing power of the dollar increases or decreases. This has wide reaching implications throughout the economy.

Producer Price Indexes (PPI) – are a collection of indexes that measure the average change of selling prices by domestic producers of goods and services. PPI is often followed closely by market analysts as an early indicator of changing trends within the economy. Falling producer prices mean businesses are finding it is difficult to sell their products and are often offering heavy discounts. This can lead to potentially deflationary spirals which plunge the while economy into recession.

Official Government statistics are viewed with skepticism by some parts of the investment community – it is believed that the BLS and the Government have an incentive to “massage” the official inflation figures to suit their own economic message or agenda. Often these analysts and market commentators will use alternative indicators in an attempt to cut through any government bias.

Gold has been an historically important indicator of inflation for thousands of years and is seen by many as the only real form of enduring money. The purchasing power of gold has endured throughout history without exception. In the past two centuries alone, the purchasing power of gold has held up through countless revolutions and two world wars, fiat currencies by contrast, have come and gone several times over! It is unsurprising therefore, that many investors and market commentators will look at the gold price to gain insight into the overall health of an economy. An elevated gold price highlights stress and distrust within the overall financial system, and a distrust with the monetary policy makers in general. Gold prices tend to rise if inflation is expected to increase. Gold overall is a valuable indicator for providing an inflation indicator free of government bias. 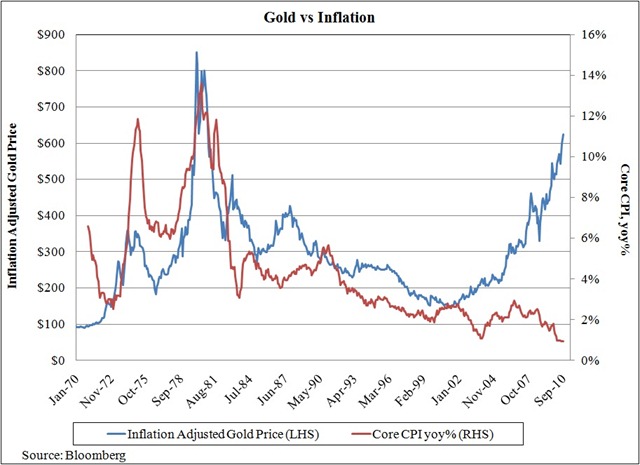 Growing distrust of official statistics has also given rise to independent organizations which keep track of their own data to generate inflation forecasts. One such organization is shadowstats.com which aims to cut through bias in government statistics and forecasting to provide a more balanced view of inflation within the economy.

As always, the devil is always in the detail. There is no single measure of inflation which you should accurately rely on to make decisions for your business, or investments. Increasing bias in Government statistics make it necessary to look beyond the official figures to gain a more comprehensive picture of what is really happening with regards to inflation. As we have discussed, by mastering all the different ways to monitor inflation, you will be able to make increasingly informed decisions and opinions.

Which measure of inflation do you like to use? Let us know by commenting below.