May CPI rises on back of rising gasoline 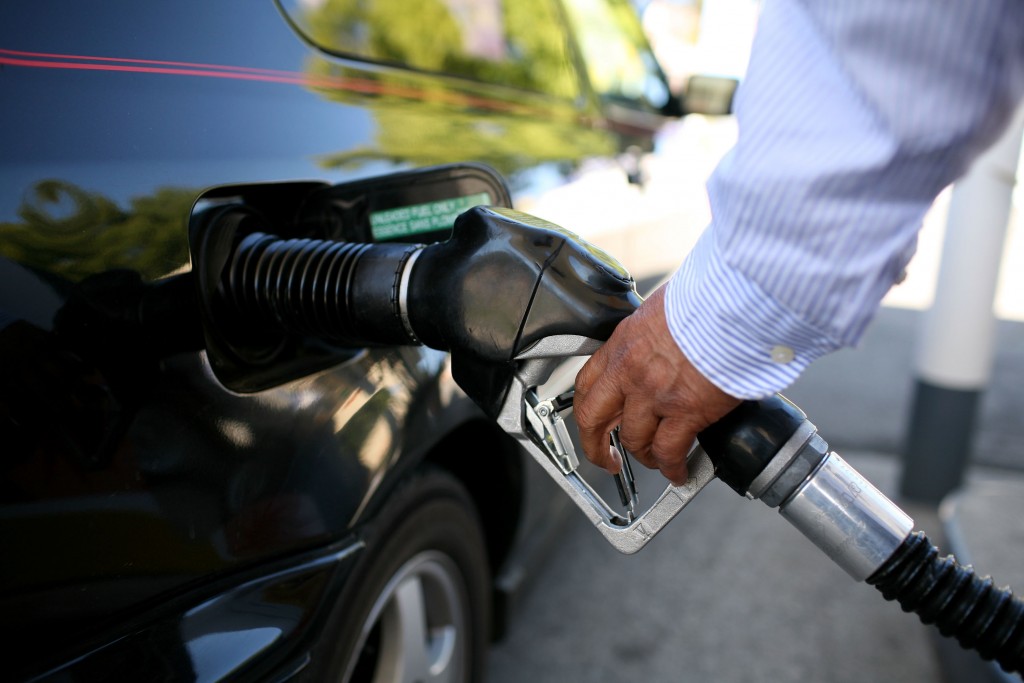 May CPI numbers released by the BLS came broadly in line with expectations, with headline inflation posting an increase of 0.4% versus expectations of 0.5%. The core measure, excluding food and energy, rose 0.1% versus consensus estimates of 0.2%.

Rebounding gasoline prices were the biggest contributor to rising prices, with the gasoline index rising 10.4%. Other energy costs were mixed, and medical related costs continued to rise with the medical care commodities index rising 0.4% and the medical care services index rising 0.2%. The CPI data comes on the heels of yesterdays rate decision by the FOMC, and today’s data breathes no new significant life into our argument for rates to continue to remain fixed for the foreseeable future.

Yesterday’s rate hike decision was a relatively tame event marketwise, although revisions in some key projections were enough to spur a moderate bout of USD weakness across the board. Delving into the statement, the Fed painted an improving economic picture, noting overall improvements since the first quarter of this year. Signs of improvement in the labor market were given particular mention.

On potential signs of growing unease with the relative strength of the US Dollar versus its peers, the Fed once again reiterated sluggish growth in US exports. While no special mention of the dollar was included in this month’s statement, currency targeting is likely to feature much more on the market’s radar going forward.

Current Conditions In the Fed’s own words:

“Information received since the Federal Open Market Committee met in April suggests that economic activity has been expanding moderately after having changed little during the first quarter. The pace of job gains picked up while the unemployment rate remained steady. On balance, a range of labor market indicators suggests that underutilization of labor resources diminished somewhat. Growth in household spending has been moderate and the housing sector has shown some improvement; however, business fixed investment and net exports stayed soft.”

With regards to inflation, the Fed reiterated its forecast for inflation to normalize towards its 2% target on the back of stabilizing energy prices and tightening labor markets in general.

“Inflation is anticipated to remain near its recent low level in the near term, but the Committee expects inflation to rise gradually toward 2 percent over the medium term as the labor market improves further and the transitory effects of earlier declines in energy and import prices dissipate.”

Somewhat surprisingly given the Fed’s upbeat language in its written statements from the June meeting, are the negative forecast revisions for both GDP and unemployment going forward. GDP projections were but from 2.3%-2.7% to 1.8%-2.0% – a fairly sizeable downgrade, and perhaps a growing reflection of the real headwinds facing the economy at present. Continued stress in the energy sector, which has seen sustained layoffs in the first half of this year, is showing signs of of having a wider impact on the economy at large. The Fed’s projections reflect this new reality, with unemployment forecasts for 2015 raised from 5.0%-5.2% to 5.2%-5.3%.

Revisions in the Fed’s quantitative forecasts were also backed up by a softening stance in the “dot” surveys of where each member expects the Fed Funds rate to be over the next two years. While the survey is conclusive that FOMC members expect a rate hike at some point this year, the magnitude of the rise is less clear. The overall drop from 1.875% to 1.625% in expectations for the Fed Funds rate in 2016 in many ways highlights the dwindling conviction affecting many FOMC members with regards to the extent of the “upcoming” rate hikes. 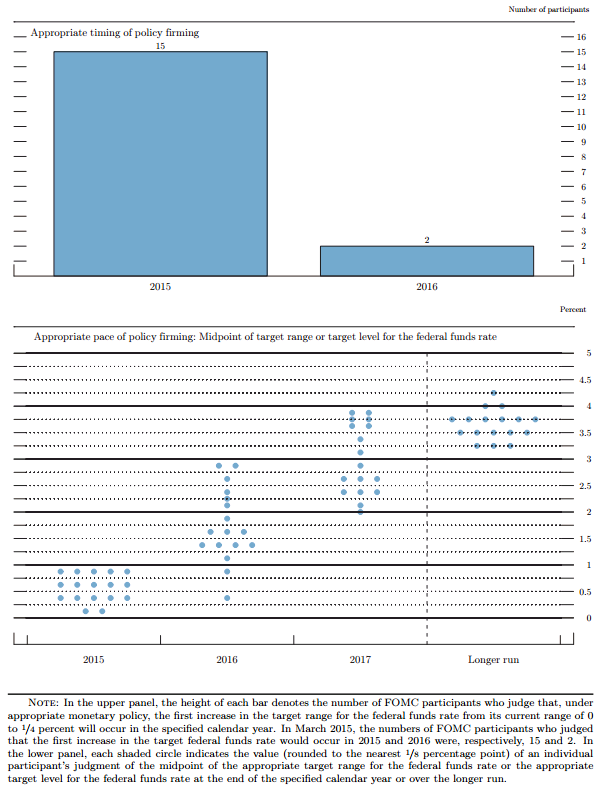 In summary, inflation is starting to show signs of stabilizing, with the deflationary month on month trends eradicated for the time being. While not evident in this month’s release, increased input costs on the producer front are likely to stoke higher inflation going forward. Medical inflation is an increasingly worrying trend, and is likely to hurt average Americans in a big way in the near future.