What exactly is the Consumer Price Index (CPI) and how is it calculated? 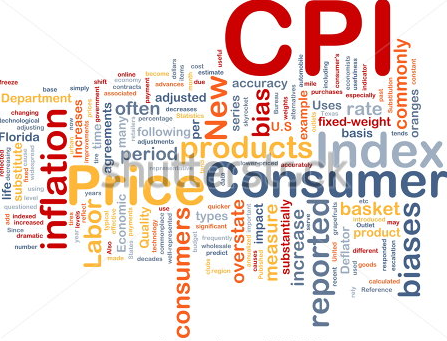 CPI stands for Consumer Price Index, and it is a measure of inflation. It is calculated by measuring the change in a specific group of goods and services over time. The CPI is calculated by the US Bureau of Labor Statistics.

What the CPI Measures

What the CPI Includes

The CPI includes eight major groups of expenditures. They are:

How the CPI Data is Published

How the CPI is Used

The CPI is used to determine purchasing power. When you hear the terms ‘in today’s dollars,’ or ‘adjusted for inflation,’ the values discussed have been adjusted by using the CPI in order to reflect true purchasing power, or the amount a dollar will buy, at different times in history.

The CPI is used to adjust Social Security and other income payments, and to adjust the level of income required for eligibility for government programs. Retirees, whether they collect Social Security or a military or civil service pension, recipients of food stamps, and children who receive free or reduced price school lunches are all affected by changes in the CPI.

The Difference Between CPI and a Cost-of-Living Index

The CPI is often referred to as a cost-of-living index, but there is a difference. The CPI reflects what consumers are actually buying, while a cost of living index reflects the amount of income necessary to maintain a certain standard of living.

When consumers have less income, they tend to substitute less expensive versions of the same item in their budgets. Since the CPI reflects the cost of what they actually buy, this measure may drop when substitutions are made. A cost of living index, on the other hand, would reflect the cost of a certain item over time, which will almost always go up.